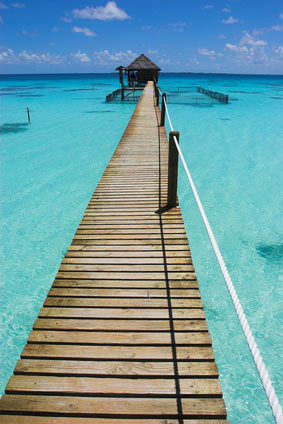 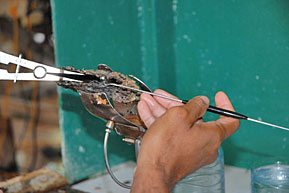 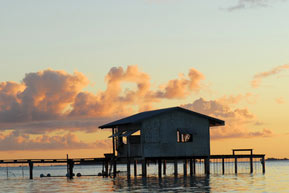 They come from the variety of oyster whose scientific name is Pinctada margaritifera. This variety has been much used for the making of nacre buttons in Europe.
Polynesians also used the nacre of these pearl oysters to make their weapons and ornaments prior to cultured pearls.
At that time, they had to open thousands of oysters to find just one fine pearl.
By its rarity, its beauty, and its uniqueness, pearls are famous now all around the world for their great commercial and symbolic value.

In the 18th century, Chinese people invented the cultured pearl, but it is at the beginning of the 20th century, that some Japanese discovered the grafting process on pearls.
Then, in the 60's, Mr Jean-Marie Domard and collaborators imported these techniques from Japan to French Polynesia.
And 3 years later, after a successful graft on about 5 000 oysters, they obtained one thousand of Tahitian pearls.

Here is, in a simplified way, the long and meticulous process of grafting an oyster which will give birth to a Tahitian black pearl:

A nucleus bead (polished sphere made from freshwater mussel shell), and a small piece of mantle tissue from a donor shell are introduced very carefully into the gonad (reproductive organ) of a saltwater mollusk.When everything is going well, a pearl sac is formed and with its secretions, layers of nacre build up all around the nucleus. Then the oysters are returned to the water for about 18 months, this phase is needed to form a layer of nacre of at least 0.8mm. They're removed regularly from the water, so that the parasite around the shell can be taken off. Many of the oysters don't survive to the graft or reject the nucleus, and on a hundred oysters, only 20 to 30 beads are marketable. Some oysters can be grafted 2 or 3 times. But the ones which produce beads without nucleus become what we call "keshis" with which we make also very nice jewels.

Tahitian pearls are classified according to their shape, color, diameter and quality.

Concerning the shapes of the pearls, if the most popular, highest rated are generally the round or semi-round pearls, others have irregular shapes but also more original like the baroque or semi-baroque (including drop and pear shapes), and the circled pearls.

The colors of Tahitian pearls range from the very dark gray almost black to the very light gray almost white, through yellow, blue, green, pink, eggplant, "peacock". Depending on the angles and the light, one pearl can show different reflections, making them even more "magic" and unique. The term "orient" of a pearl is used to describe the richness of its colorful reflections.

Pearls are classified with letters from A to D to judge their quality, letter A representing the best quality.
Their minimum diameter is 7/7.5mm, and the maximum can be 18mm but the big ones are rare ! We use 8 to 13mm pearls for most of our jewels.